Want to finish the end of the year feeling dejected and depressed, feeling bad about yourself and like you pummeled yourself in the face?

If so, do an annual review. And do these following things:

While this ‘What Not to Do’ List is rather specific and (an attempt) at lightening the mood behind Annual Reviews, I hope this will be relevant food for thought for anyone to be more mindful when doing an annual self-reflection.

This post is a follow up to my 2020 Year in Review, where I did the cliched but still valuable exercise of reflecting on the last year. The end result was not pretty.

The post felt so cringey and full of self-pity that I actually took the post down due to feelings of shame and guilt. It took quite a bit of internal back and forth before gritting my teeth and deciding to keep it public as a measure of transparency. Hopefully this is also a valuable learning opportunity.

Past behavior that makes you cringe is a good sign, right? And it means growth? Please say yes.

Finishing the review, I was caught off guard by the sheer amount of negative emotion I felt. I did not finish feeling a sense of closure, of feeling empowered or motivated and excited for the “NEW YEAR, NEW ME” vibes I normally feel.

I had not journaled before writing the piece, which I’ve mentioned before has been one of the biggest unlocks I’ve discovered towards managing my mental health. This means I probably could have nipped these negative feelings in the bud with a journalling session to start and ended with a more analytical, constructive session. What you read in that article was more of a live action therapy session to work through my feelings about the year.

Rereading my review, I identified key red flags that prevented me from doing a more effective exercise. I’m sharing these notes here for further review, with the main themes outlined below.

Comparison is the thief of joy.

“People today are safer, healthier, better fed, and longer lived than at any time in history. Yet we don’t spend our lives walking on air, and presumably, our ancestors were not chronically glum. It is not reactionary to point out that many of the poor in today’s’ Western nations live in conditions that yesterday’s aristocrats could not have dreamed of.”

Steven Pinker, How the Mind Works

We are living in an age of unprecedented resources and opportunity. If our ancestors could see us now, they would hurl their Stone-Age tools at us out of jealousy and spite.

Knowing this, it would be logical to assume that we should be more content than ever. However, studies have shown that the average American’s happiness score from the World Happiness Report is in the decline.

In research conducted by Davidai, S., & Deri, S., it has shown that we have a tendency to measure ourselves against above-average people thanks to the increased availability of such “high-performing standards of comparison.” There’s a reason the phrase “Keeping up with the Joneses” exists, except now instead of our neighbors, it’s “Keeping up with the Kardashians.” And instead of the next door neighbor’s driveways, it’s peeking at different Twitterites and Instagram influencer accounts. Oh, and TikTok.

Before the rise of social media, the main people we had to compare against was our neighbors. If our neighbor across the street got a new car, it made our current car look less shiny and nice. But that was the major extent of it. Seeing the lifestyles celebrities had seems like such a far off pipe dream, that it made it easier for our brains to subconsciously acknowledge that this is not an “apples to apples” comparison.

However, what do you do now when the person you see on social media that seems like a regular person is out there living the lifestyle you dream of? And how do you benchmark against that?

Out of the key themes identified in this article, I believe this was my largest slip up. In procrastinating on writing this annual review, I started going on Twitter and “conveniently” began looking at other posts for inspiration. What I found instead were these superstar performers that I was in no place to benchmark against and reading their reviews of the year. These were people that I have no exposure to and am was not even remotely close to a similar stage of development.

Yet why did I still subconsciously compare my results to theirs?

In “Home alone: Why people believe others’ social lives are richer than their own,” Sebastian Deri, Shai Davidai, and Thomas Gilovich shared data that people have a shockingly negative perspective of our social lives and tend to think we spend more time alone or have less connections. We also tend to think that others lead more exciting and engaging social lives than themselves.

In their research, they found that this pessimistic bias is caused by the fact that influencers and other popular people online come to mind most easily as a standard of comparison. This was further validated by the fact that reducing the availability of extremely social people removed this bias.

Since this study, new research from the same authors find this to be commonplace: we compare ourselves to the fittest person we know, the best chef, the smartest person, and so on:

Across a host of domains, we find that people’s typical standards of comparison are significantly above the level of the “average” person (Studies 1A, 1B, 2A, and 3). We further show that people’s tendency to measure themselves against above-average others is due to the increased mental availability of such high-performing standards of comparison (Studies 4A and 4B).

The second pugilist’s plight: Why people believe they are above average but are not especially happy about it.

The second red flag during this review was due to me ignoring a relatively common cognitive bias we as humans often encounter: the recency bias.

While doing research on this topic, I was surprised at the amount of tags of recency bias focused on sports and finance. It was curious to me that these were the two main fields talking about this cognitive bias: perhaps because investing and sports better encounter similar cognitive fallacies that causes emotional decision making?

The recency effect is a cognitive bias in which those items, ideas, or arguments that came last are remembered more clearly than those that came first.

It is human nature to give more weight to recent events and a common logical fallacy we encounter in our day to day lives. If I asked you to memorize a list of grocery items, what will come to mind the easiest? Hermman Ebbinghaus, pioneer of ‘The Forgetting Curve’ was also the first to discover that people tend to remember the first and last items from the list we studied last.

There are many real world outcomes impacted by the recency bias: when it comes to courtroom cases, the more recent an argument has heard, the more it resonates with the jury’s memory and thus the party delivering the final closing argument (usually the defense) has a better advantage to “swap opinion.”

You see this in finance, as well — as humans, we tend to place a stronger emphasis  on recent events. This leads us towards more emotional investment decisions because we believe a current stock market rally (like present day) will extend into the future. Or vice versa, like the 2008 financial crisis. This can lead us to make irrational and highly emotional decisions because we have not zoomed out far enough to get a better picture of the longer term results. 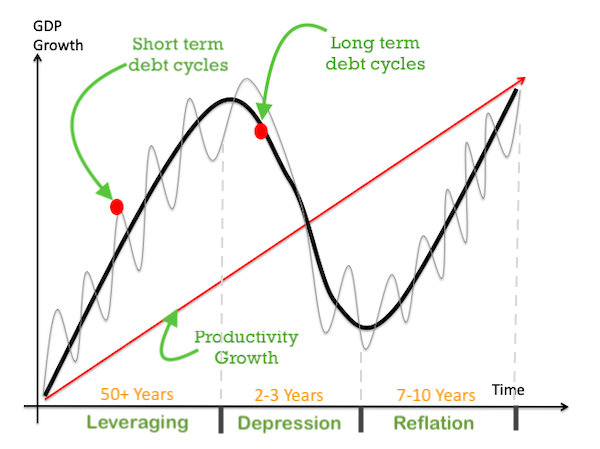 Economic cycles exist in a pattern of 8-10 years, yet studies have shown investors tend to make trading decisions based on more recent data that does not show a larger picture of whether we are in an upturn or downturn of the financial market. This negatively impacts them in the long run.

Anne-Laure also shared a good reminder of recency bias in the Ness Labs Year in Review session I attended. But even with the reminder from this session, my awareness of recency bias completely went out the window while doing my own review in private.

We adopted our dog Juno at the start of the last quarter, who on top of being a puppy, was very skittish and fearful because of his earlier experiences at a dog meat farm before he was rescued.

This meant that in Q4, we dropped the priorities in our personal life to focus on helping Juno acclimate to his new home and to train him well. A lot of the time and effort spent on my Q4 goals went out the window, which meant I failed at a lot more goals that I would have liked. Reflecting back on my annual review, I am aware I definitely focused primarily on the lack of progress in the latter half of the year when my results started to slip and this influenced my perception of the progress in the year.

Photo of my shy boy just because.

The biggest takeaway I had while reviewing my Year in Review, was the awareness of how many cognitive biases influence my perception of my progress: availability bias, recency bias, social comparison bias.

It takes significant effort to be aware of the invisible cognitive biases that influence our perceptions and decisions. These were largely responsible to the negative emotion I felt from this experience.

Knowing what I know now, I’m curious to see how my 2021 Year in Review will end up and whether my experience improves down the road.