Welcome to another weekly roundup, filled with three resource gems from the internet, two ideas from me, and one story lesson to pass on!

3 Gems of the Week

2 Thoughts of the Week

Today, I want to share one passage from Robin Wall Kimmerer’s Braiding Sweetgrass, and the myth behind the Windigo spirit:

The Windigo is the legendary monster of our Anishinaabe people, the villain of a tale told on freezing nights in the north woods.

You can feel it lurking behind you, a being in the shape of an outsized man, ten feet tall, with frost-white hair hanging from its shaking body. With arms like tree trunks, feet as big as snow-shoes, it travels easily through the blizzards of the hungry time, stalking us. The hideous stench of its carrion breath poisons the clean scent of snow as it pants behind us. Yellow fangs hang from its mouth that is raw where it has chewed off its lips from hunger. Most telling of all, its heart is made of ice….

This monster is no bear or howling wolf, no natural beast. Windigos are not born, they are made.

The Windigo is a human being who has become a cannibal monster. Its bite will transform victims into cannibals too….It is said that the Windigo will never enter the spirit world but will suffer the eternal pain of need, its essence a hunger that will never be sated. The more a Windigo eats, the more ravenous it becomes.

Consumed by consumption, it lays waste to humankind.” 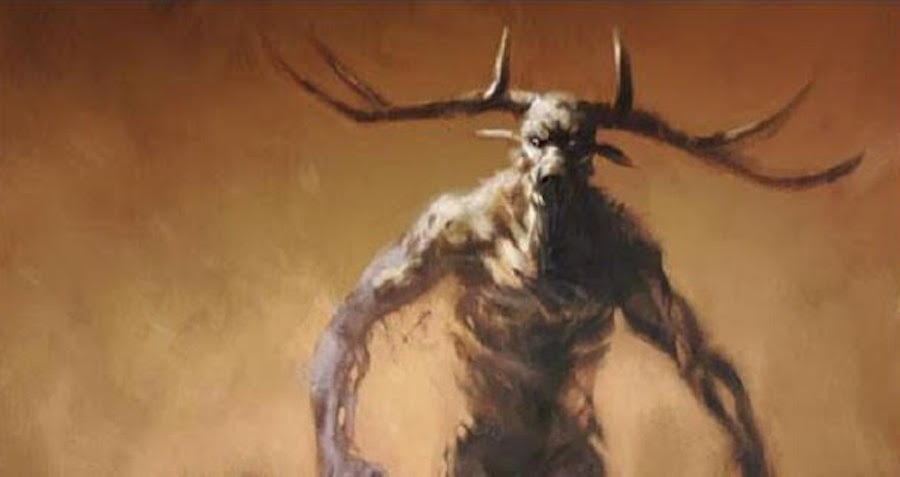 “Traditional upbringing was designed to strengthen self-discipline, to build resistance against the insidious germ of taking too much. The old teachings recognized that Windigo nature is in each of us, so the monster was created in stories, that we might learn why we should recoil from the greedy part of ourselves. This is why Anishinaabe elders like Stewart King remind us always to acknowledge the two faces — the light and the dark side of life — in order to understand ourselves. See the dark, recognize its power, but do not feed it.

“The beast has been called an evil spirit that devours mankind. The very word, Windigo, according to Ojibwe scholar Basil Johnston. In Ojibwe ethics, Steve Pitt says, “any overindulgent habit is self-destructive, and self-destruction is Windigo.”

And so, on days when we are consumed with our own desires and self-wanting, remember: the Windigo spirit exists in each of us. It is our duty to understand the threat of its existence, and not to let it consume the human nature within us.